A liberal awakening in Belarus 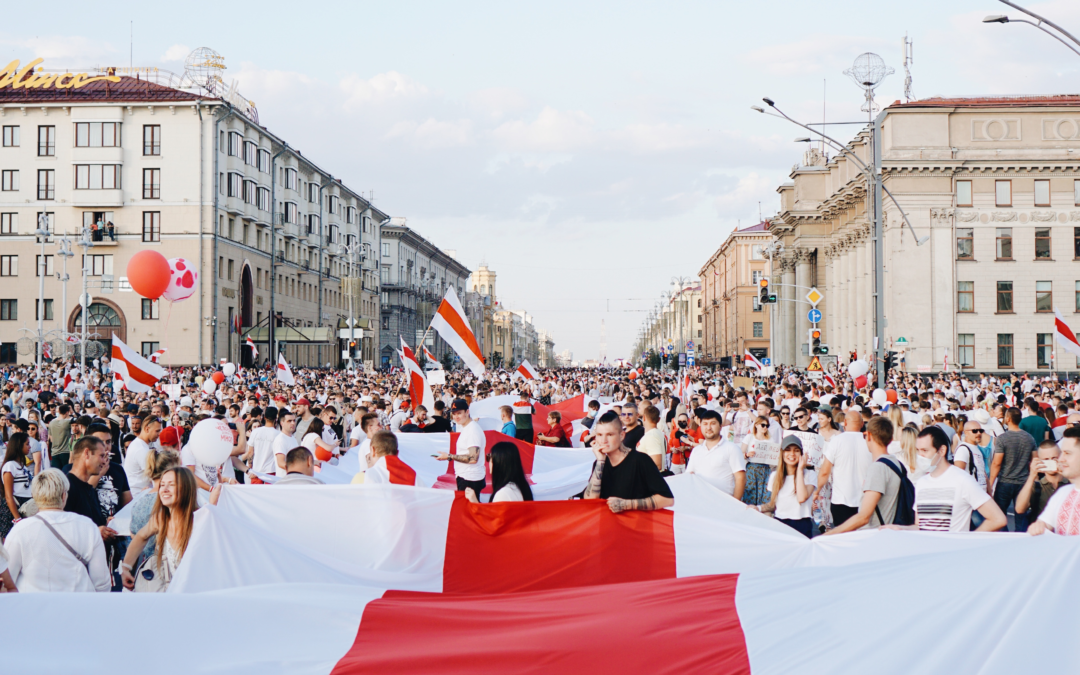 Being a liberal in modern Belarus means actively spreading the ideas of democracy and inspiring people to change. Sometimes at risk of their own safety. The observance of rights and actual realization of freedom is something we unfortunately have only heard about from textbooks and by enviously looking at other European countries.

Our society has not always been ready to accept liberal ideas. Maybe this desire glimmered somewhere in the depths of the soul, but in many ways people were under prejudice and intimidation of state propaganda. Power is kept through pressuring people to think of alternative choices as destructive and lacking in morality. There is a fear of society losing its morality if it would support democratic ideas.

Now, in connection with the latest political events, we are experiencing an incredible unity of the Belarusian people. We are united by a single national thought – the desire for change. Therefore, as members of a liberal organization, we can now more boldly and more actively promote our values among young people.

This is all new to us. We go to rallies, draw posters, talk with our grandparents and bring them ideas that are not from paid television. We go on strike and stand in chains of solidarity. But with our pride of speaking up there is also a fear. A fear of threats against security and losing one’s material wealth.

Step by step, we build the path that will lead us to change, where the authorities will hear us, begin to reckon with our opinion and embody our aspirations.

What does it mean to be a liberal in Belarus? In the recent past it has meant to be a minority. Being a liberal has felt like being a pioneer on the lands of discovered America. Your ideas are progressive but too weird for others, your actions are energetic but ahead of your time.

This year has changed the status quo. The people of Belarus awoke. They found a taste for freedom. The people of Belarus want to become a progressive, democratic, equal and happy nation, and young liberals have been in the head of this change. Members of Civil Forum took active part as campaign staff for three of the main alternative candidates in the presidential elections: Viktar Babaryka, Valery Tsepkala and Sviatlana Tikhanouskaya.

Belarusian young liberals organized the biggest election observation mission among independent young organizations in our country. We prepared several civil campaigns against aggressive state propaganda, political discrimination and terror in our country. Over 11 000 signatures have been collected under liberal initiatives. We have fought for honest elections in our country, we are struggling for freedom of speech on the streets, and we will strive for the one and only possible future for Belarus – a country without political, social, religious or gender discrimination, hate speech and politically motivated murders. Belarus without Lukashenko.

Since the evening of August 9, tens of thousands of citizens have come out in Minsk and other major cities of Belarus to say that they are tired of lying. To declare peace. The demonstrators have used nothing but their voices, but this hasn’t stopped the police and OMON (special police forces) from violently suppressing dissent. Women, children, and old people have been beaten. Without distinction to social status and place of work. Without distinction to the political position. Belarusians have responded to the violence in a manner which surprised the whole world: the protest actions have become even more humble, but have grown in size. They have taken on a truly national character.

After all, trouble has come to every family. Almost everyone has acquaintances, friends and relatives who were victims of police actions. Insight into the true nature of Lukashenko’s regime led people to the squares and the avenues. Kilometer-long chains of solidarity have become a symbol of the peaceful protests in Belarus.

This is what Belarussian liberalism looks like today. To defend the law when the regime destroys it. To keep the peace even when you are beaten. To create a future for our nation when the authorities try countless times to keep us in our gloomy past. We are the young liberal society of Belarus and we are staying in this together. For our freedom.